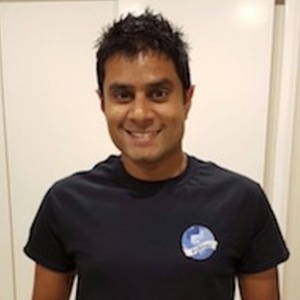 Julian is relatively new to the coding game. While he first got a taste for it in high school learning C++, it wasn't until he crossed paths with Bob that he really got into it.

In the past 2-3 years he's gone from zero to something > zero! With HTML, CSS, Bootstrap and the basics of Javascript under his belt (and with the insistence of Bob), Julian made the move to Python in 2015. Since then he's been overwhelmed by the possibilities Python has to offer and has created small programs to simplify day to day life. These include an overtime calculator and a housekeeping app (don't ask!).

Julian is currently a Data Centre Technician at Amazon Web Services in Australia. When he's not keeping the AWS Cloud up and running, he spends his time with his family, playing the guitar or collaborating with Bob.

You can find more of Julian at his personal blog or on twitter @_juliansequeira.