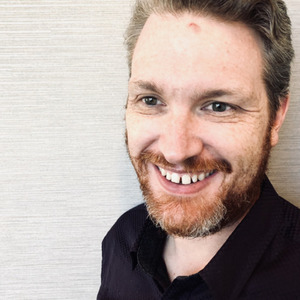 Dr Russell Keith-Magee has been interested in computers since his parents bought a Commodore 64 in 1983. After studying Physics and Computer Science as an undergraduate, Russell completed a doctoral dissertation investigating models of learning and development in neural networks. He has worked in the software industry and academia for over a decade.

Russell has been a core developer on the Django project since January 2006. He is a co-founder of Django Evolution, a schema evolution framework for Django. He is an active participant on the Django Users and Django Developers mailing lists, and has been a mentor in the Google Summer of Code every year since 2008.

He is also the founder of the BeeWare Project - a project developing tools and libraries for cross-platform native user interfaces in Python. One of the key contributions of this work is expanding the availability of Python onto mobile and browser platforms.

In addition to his work in the Python community, Russell has worked at a series of startup companies, including Wotnews, an online news monitoring service; Hunted Media, a website tracking emerging music artists and providing music recommendations; TradesCloud, providing back-office and mobile software for mid-size plumbers and electricians; and CertCycle, a service providing automated SSL certificate generation and installation.