In Part 1 of this series, we hacked the hand sanitizer dispenser and got it talking to Home Assistant as a binary sensor. For this part, we'll work on a couple of useful automations in HA that will collect data and make it fun for students to sanitize.

By the end of this part, you should have a sensor that shows today's dispenses, an automation that makes Alexa speak and some lights flash, and even an interface to a local MQTT broker to send and receive data with other devices.

To make Alexa speak, I needed to send her notification commands using the excellent Alexa Media Player plugin for Home Assistant. The best way to install this was using the HACS project.

I had a couple of Yeelight RGBW bulbs left over from a project last year that I wanted to integrate. This is an officially supported integration for Home Assistant. I put one of them into a lamp by the Amazon Echo and used the WhatsApp effect to flash the bulb green when the dispenser is triggered

I created a simple dropdown helper to keep track of the quips for Alexa to speak. The input_select is used to keep a dropdown list of possible quips. The most recently selected quip is chosen as the current option on the dropdown. 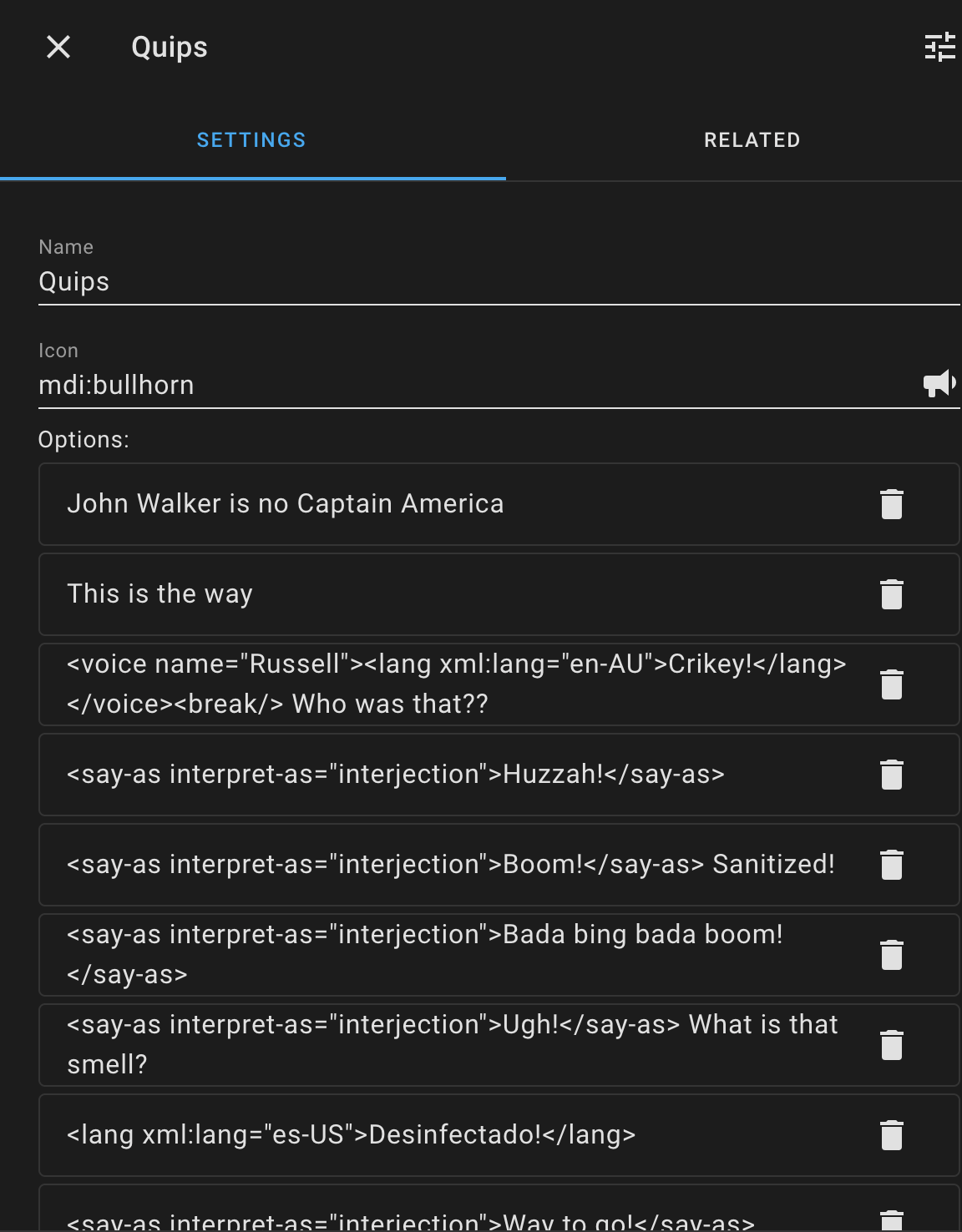 This makes it really easy to add and remove quips from the system as you get tired of them. You can also use Alexa's SSML tags to add inflection, emotion tags, and even interjections.

The automation itself is triggered when the sanitizer_dispense sensor is set to moving. From there, several steps occur.

Here's the full YAML file. Once you create a new Home Assistant automation, choose the option from the three-dot menu on the upper right and choose "Edit as YAML." Paste the following into the box and change the names of the devices to match the ones you set up in previous steps.

It's pretty easy to set up InfluxDB to track time-series data using the Supervised verison of Home Assistant. For more information, the Home Assistant documentation is very thorough. While you're at it, adding Grafana is a great way to come up with detailed visualizations.

Once you've added InfluxDB using the Superviser panel, make sure that you have your entities included in your configuration.yaml file. If you're running on a storage-limited device like a Raspberry Pi, then it's helpful to limit the number of recorded streams to just the ones you care about.

This project has been running for the majority of the school year and I'm pleased to say that it works very reliably. I've even added a second Raspberry Pi to my setup that displays the Home Assistant dashboard on one of our classroom TVs.

Over the past year, our dispenser has been used 2,838 times. Hopefully that's killed a few COVID-19 bugs. 😀